A Duck Call Should be Used as a Tool 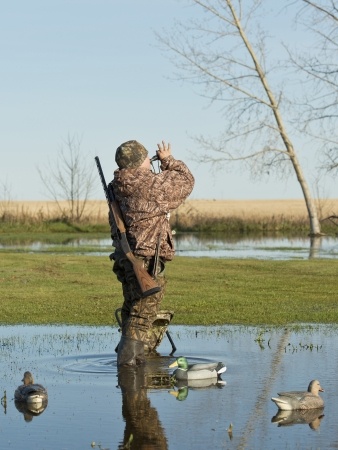 Duck calls are an effective tool during a hunt – if they’re used well. We’ve come up with a list of the five biggest mistakes hunters can make with their calling during a hunt, according to the four top duck callers in the world: Fred Zink, Rod Haydel, Christian Curtis, and Jim Ronquest.

Zink says one of the biggest mistakes is calling too much. He says, “A duck call should be used as a tool, rather than just for making background noise.”

Another common mistake is poor timing. It’s not just the quality of the call that matters, but being able to read body language of the ducks well enough to effectively lure them in at the right moment.

Calling too loudly when ducks are within the 50-yard range is another common error. This often scares off the ducks, rather than reassuring them that the decoys are viable. Christian Curtis suggests lowering the volume on the first pass within that range, while also increasing the frequency of calls.

Haydel also cautions against not changing up duck calling styles. He says that weather conditions and duck behavior should dictate the type of call employed. Ronquest also recommends changing up the calls themselves. He says that using the wrong call or switching calls too often is a huge issue. The solution is to find a call that works for you and then figure out all of the calls it is capable of eliciting.

For more tips on how to optimize your duck hunt, contact Pluck A Duck LLC. Our professional guides are happy to help.