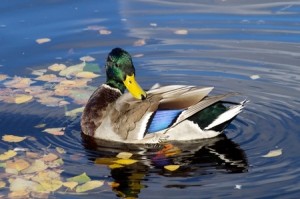 Arkansas was flooded this past weekend with thousands of travelers, and many return hunters for the new duck hunting season. And it provides an interesting look into what kind of boost duck hunting has to the local economy when these kick-off events happen for a new season. Although the numbers won’t be nearly as high as the past weekend for people visiting to hunt, they still bring in steady numbers every season of tourists.

This tourist attraction is actually one of the reasons many cities and states promote the hunting seasons of certain animals. The other reasons being the animals are a menace to the population, like snakes were to Ireland. But these duck hunters provide the kind of boost in economy that any city looks for. Economy boosts after all are the big thing that makes tourism so attractive to cities, it brings more money in for the city and its population, and that makes everyone happy.

It’s not like these duck hunters arriving in Arkansas are just stopping to shoot down some ducks, they often stay at hotels or trailer parks, eat at some of the restaurants, use the gas stations and other resources, and probably even pick up some hunting supplies while they are in town. All of this are things meant to promote the local economy, even if the hunters don’t realize they are doing it.

There’s no doubt to Arkansas though that the duck season draws in the crowd. Let’s just hope some of the people aren’t thinking its rabbit season instead.