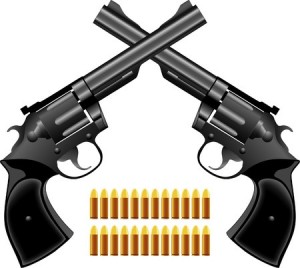 At Pluck A Duck LLC, we’re proud of Arkansas’s hunting heritage and so is the state as a whole, especially if recent statistics according to Business Insider is taken into consideration. According to Business Insider, Arkansas ranks as the second highest state for gun ownership. That is certainly a lot of guns and proves that Arkansas takes the Constitution to heart and should be considered one of the prime hunting spots in the entire country.

Guns – whether shotguns, rifles, or handguns – are so intertwined with Arkansas culture and heritage that it seems foolish to separate the two, and why should we? Social outings, constitutional pride, and the economy are all heavily gun-based. Speaking of the economy, the hunting industry is worth about $877 million annually in Arkansas. That’s a whole lot of money and without the hunting industry; the state would be financially crippled. That $877 million includes much more than just lands and trips, but also from guns sales – and in terms of those sales, Arkansas ranks seventh in the country. Arkansas, from top to bottom, depends on guns.

According to statistics, 58 percent of Arkansans own a gun, and that number is expected to rise by this time next year, especially if there are changes to active concealed carry licenses. With more gun owners in the state, that means more money being pooled into the state. It’s impossible to separate gun ownership from the economy, and that’s okay; it’s our lifeblood. What do you think of gun ownership in Arkansas? Let us know in the comments below.