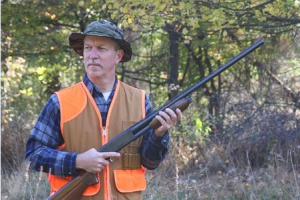 If you’re going to hunt ducks, geese or waterfowl, there are some basic hunting safety tips to keep in mind. First of all, don’t shoot yourself or another person. Former Vice President Dick Cheney shot his friend– accidentally– on a hunting trip in Texas back in 2006, and he’ll never, ever hear the end of it, you know?

Basically, always keep your gun’s muzzle pointed in a safe direction whereas an accidental discharge won’t harm anyone. Too many hunters have fooled around pointing their gun at a buddy only to have a lifetime of regret after a bullet messed their buddy up.

When hunting, you need to always be aware of the people around you– where are they and what direction are they pointing their guns?

Check your gun or guns to make sure they’re in proper working order before hunting– replace worn parts as needed. Also, check the muzzle for any obstructions before you start your hunt. If you are unfamiliar with how your gun works– if it’s brand new to you– ask an experienced shooter to explain things you may not yet understand so you’re not uneducated and fumbling around when you’re actually on the hunt.

Finally, bring some key items with you on hunts, such as a compass, hand axe, flare gun, rope and food/water “just in case.” If you’re going to be in a boat on the water, wear a proper flotation device. It’s best to hunt with others so you’re not alone. That way, if something goes wrong, someone else is there to help you and/or go for help.