The History of Duck Hunting 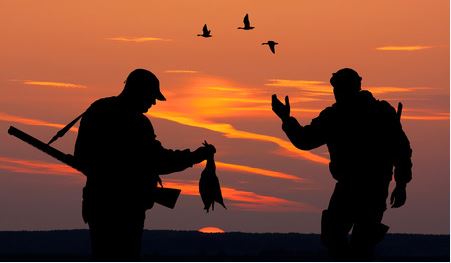 Duck hunting is an important tradition and source of food for many people, with parents often passing the tradition on the next generation. Although there have been improvements in weapons and techniques, the history of duck hunting can be traced backward for many years.

It is likely that ancient hunter-gatherer societies harvested ducks and other waterfowl whenever they were presented with the opportunity. European cave painting from around the last Ice Age, probably about 12,000 years ago, provide evidence of waterfowl hunting at that time. Historical evidence that is comparatively more recent includes a mural inside of an Egyptian tomb depicting waterfowl hunting about 4,000 years ago. Closer to home, and more recently in history, Native Americans in the Southwest U.S. used duck decoys during hunts about 2,000 years ago.

A more modern version of duck hunting in the U.S. began during the 1600s as European settlers began to arrive, bringing with them primitive firearms like matchlock shotguns. The importance of duck hunting in the U.S. can be further seen in the journals of explorers Lewis and Clark. Their 1804 survey of the Louisiana Purchase documented waterfowl migration patterns, as well as new species of waterfowl. Crew members frequently feasted on waterfowl during the expedition.

Commercial waterfowl hunting became popular during the 1800s. These commercial hunters, who were known as market gunners, used powerful guns that could kill dozens of waterfowl at once.

Pluck-A-Duck Lodge provides modern hunters with the opportunity to hunt in more than 20,000 acres of prime waterfowl habitat. Our facility is home to one of the largest waterfowl concentrations in the Mississippi Flyway. Make your reservations today (https://www.pluck-a-duck.com/reservations/) or call 870-588-5608 to learn more about our duck hunting packages.