America Has Seen A Rise In Waterfowl Population 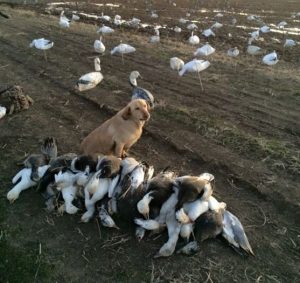 Duck hunting season for this year is quite promising, as wildlife groups are indicating a large number of waterfowl should be in play.

Research and data reports from aerial surveys designed to assess the breeding populations of North America’s 10 most popular duck species estimate a population of 48.4 million birds. These surveys look at the abundance of wetlands and their conditions to determine population numbers.

In regards to bird population, North American waterfowl numbers continue to rise due to a two-decade long luck of good habitat conditions on nesting grounds.

Although Wildlife officials have noted a high number of waterfowl population, there has been a decline in the number of wetlands available for proper nesting, which is critical to bird abundance. Last winter and early spring was responsible for a drought that impacts wetland availability.

However, spring aerial surveys did note an increase in mallard ducks. This duck is most popular in North America and its numbers rose 1 percent from 2015 to 11.79 million. The population of mallard is estimated to be 51 percent above long-term average.

The blue-winged teal was one of the bird species that saw a large decline from last year. The blue-winged teal fell 22 percent to just 6.69 million. However, that number is still 34 percent above its long-term average. Researchers are not too concerned with this drop as this bird species is known to over fly their traditional prairie breeding and nesting areas if the conditions are not conducive to good nesting. This means they can settle in a spot outside of the traditional survey areas.

The rain percentage has helped to steady waterfowl populations this year. Even with some unfavorable news, the outlook appears to be great for duck hunters. Heavy rains recharged reservoirs and rivers, which ultimately help the wetland habitats.

We would like to wish all of our fellow duck hunters good luck in this new upcoming season. We do have many hunting dates available for you to join us. Contact us today to make your reservation.